Last Friday my happy hour plans dropped out at the last minute. Deflated but not deterred, I was determined to have that end-of-week drink I was so looking forward to.

Since I was alone, I felt like going someplace low-key with a little atmosphere, preferably close by. I also needed a bottle of wine to bring to a friend’s house later that evening. So, I decided on Foster & Dobbs, a charming wine and cheese shop located in Irvington, a genteel upscale northeast Portland neighborhood. 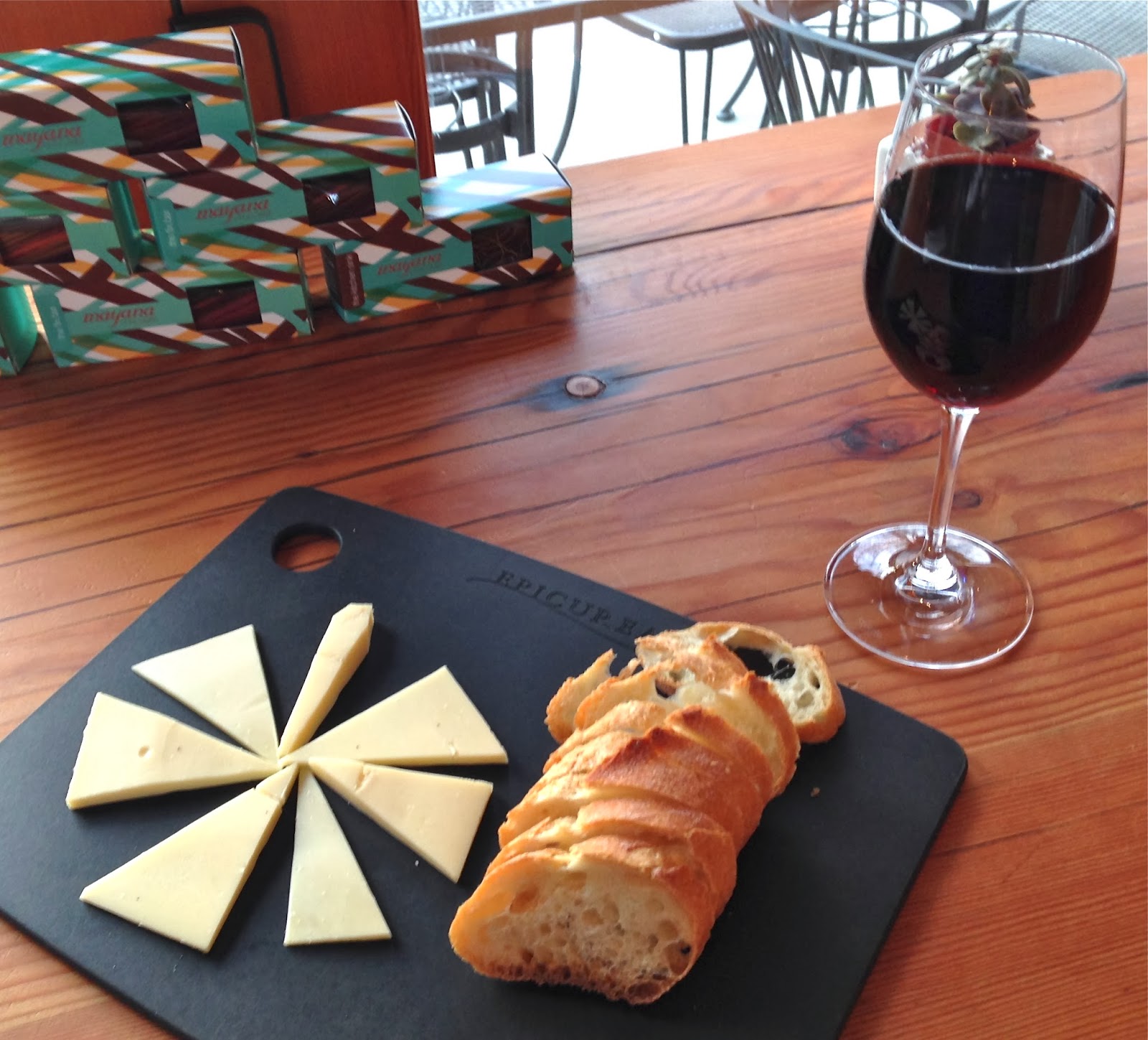 Shortly after arriving, I ordered a glass of French red described on the wine list as “rustic,” “old world" and “Syrah.” (All good words to have in one sentence, in my opinion.) The attentive person behind the counter served me up pronto – and quite a generous pour, I might add.

And since I was flying solo that afternoon, I didn’t want an entire cheese plate for myself. So they actually made me a special mini cheese plate with just a few slices, and followed up with a sparkling carafe full of water.

Now, none of this may sound extraordinary, but there have been moments in this oh-so-food-and-drink-conscious town that I was left waiting, or having to ask multiple times for simple things – especially if I was alone. Special requests in particular, although dutifully fulfilled, have often been met with a stony glare. Which is why I'm taking take this opportunity to sing the praises of Foster & Dobbs. 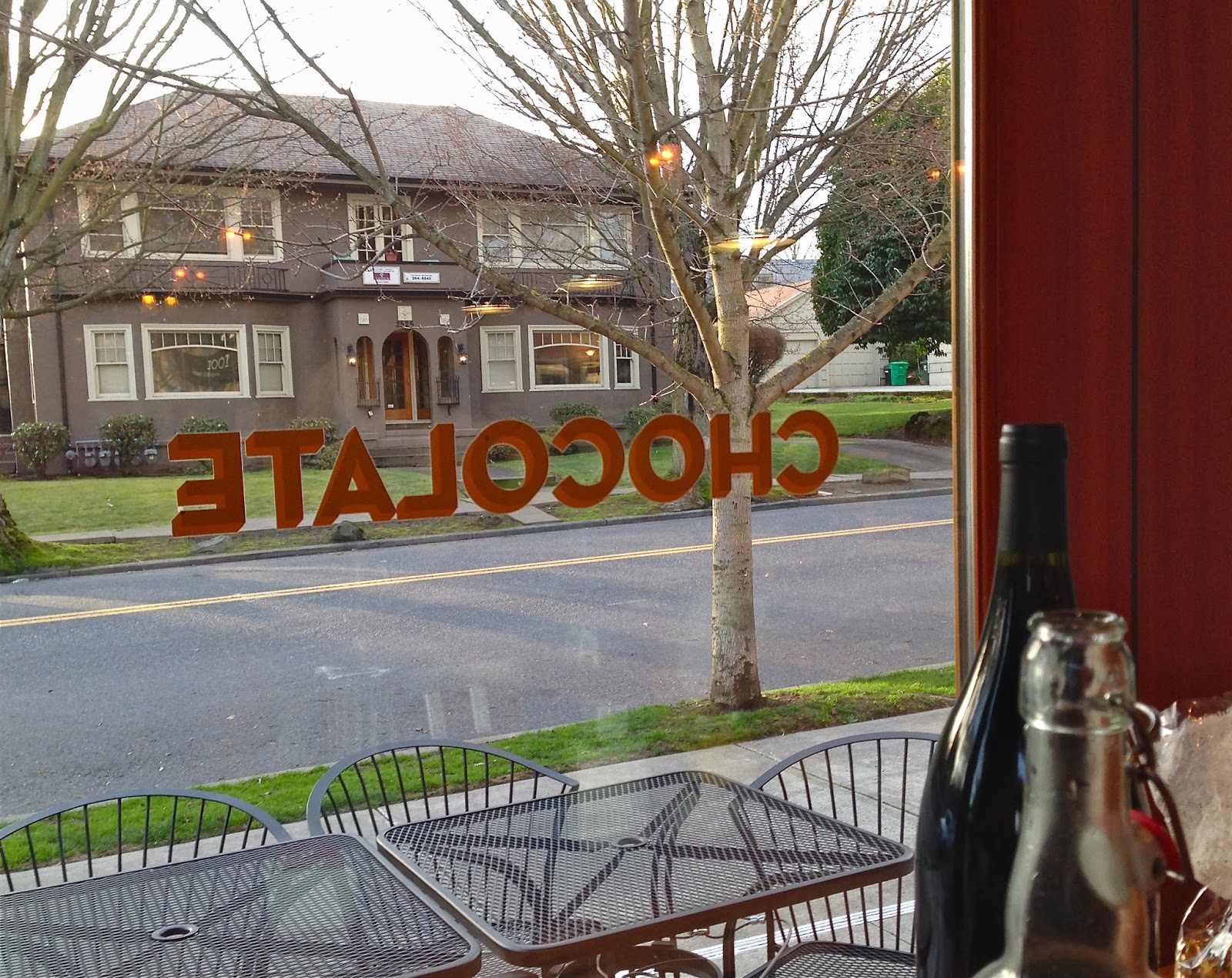 Thanks to Foster & Dobb's gracious ways, I tucked myself into their bar area (complete with a view of stately Irvington homes), and settled into my hefty glass of wine and flavorful cheese, and proceeded to have the happiest of happy hours all by myself. 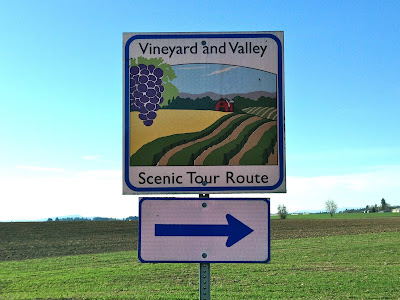 It was a bone-chillingly cold, but wonderfully sunny winter morning. An Arctic storm was less than 24 hours away – and I knew I’d be homebound (along with the rest of western Oregon) for the next several days.

A quick scenic drive to appreciate the dazzling conditions seemed like a good idea. So I hopped onto the Travel Oregon website and, using their handy tool, selected the Vineyard and Valley Scenic Byway, which takes you through rural Tualatin Valley, including the charming community of Helvetia.

Here's a few snaps from that bright and clear winter day. 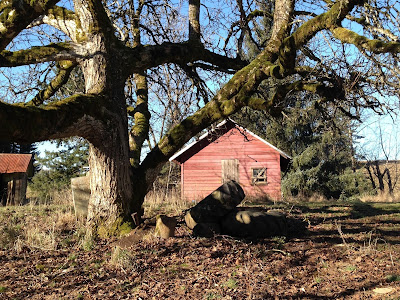 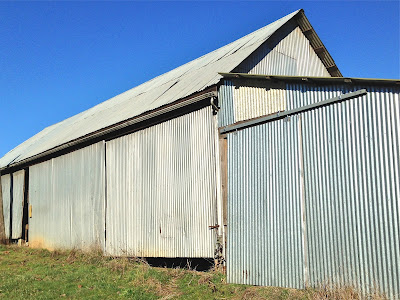 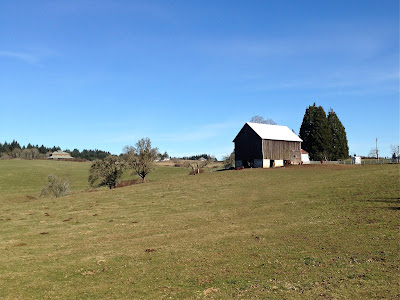 Whole-Grain Goodness at Bakeshop: Portland OR

A couple of years ago a friend introduced me to an unusual and tasty scone. It wasn’t exactly sweet, and it wasn’t exactly savory – but something pleasantly in between. It was firm, but not dry, and had a rugged sort of quality. The shape was different, too. It was a spiral, kind of like a thin cinnamon roll and not the usual clumpy triangle.

Clearly, this was not your average scone. It was better – much better. 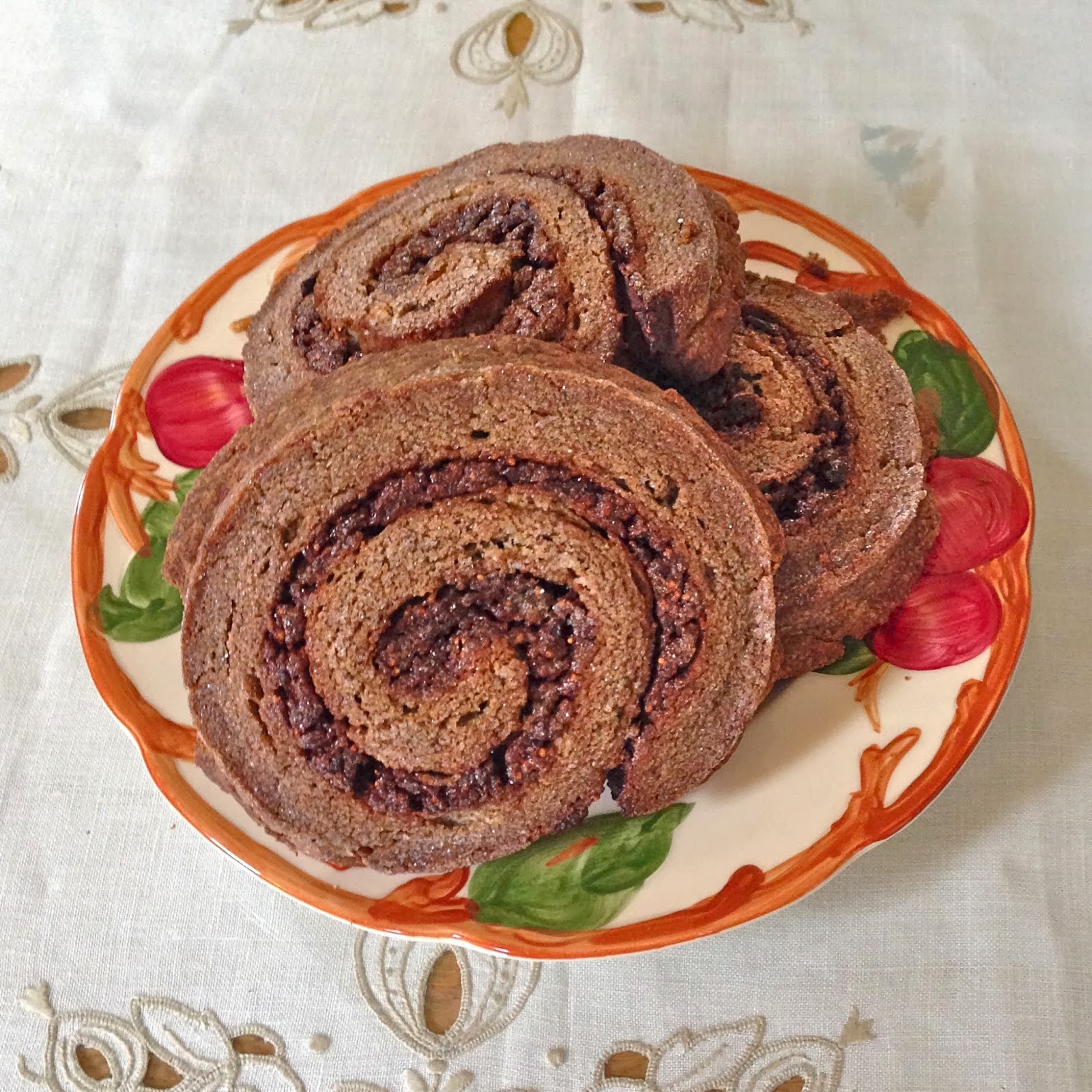 I've since learned that what I sampled on that fateful day was a Figgy Buckwheat Scone made by Bakeshop, a wholesale and retail bakery located on NE Sandy Blvd., near 53rd in Portland, Ore. (Fortunately, Bakeshop isn't far from my abode, so the Figgy Buckwheat Scone just might become part of my daily routine.) 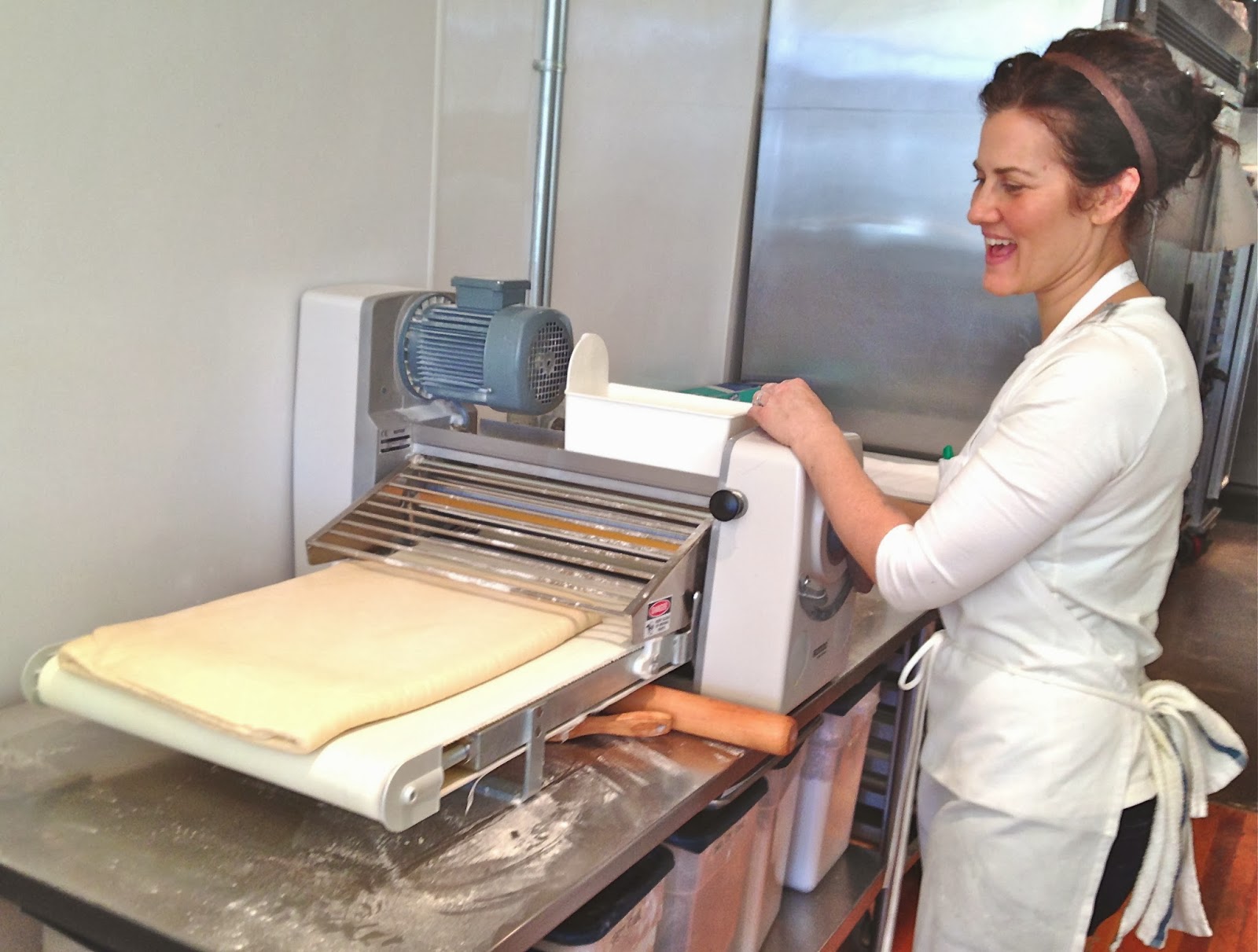 Bakeshop is the creation of Kim Boyce, an accomplished L.A. pastry chef who relocated to Portland 2-1/2 years ago for the same reasons as many creative people – an environment supportive of independent businesses that produce high-quality goods, combined with an appealing lifestyle.

Bakeshop has a cheery, stripped-down industrial feel – a simple white retail counter fronts a view into the baking area. On the chilly February morning I was there, Kim was kind enough to break away from her croissant dough laminator and chat with me about what gives her baked goods their distinctive flavor. When I confessed my fascination with the Figgy Buckwheat Scone, she proceeded to explain to me in layman’s terms what I was tasting. 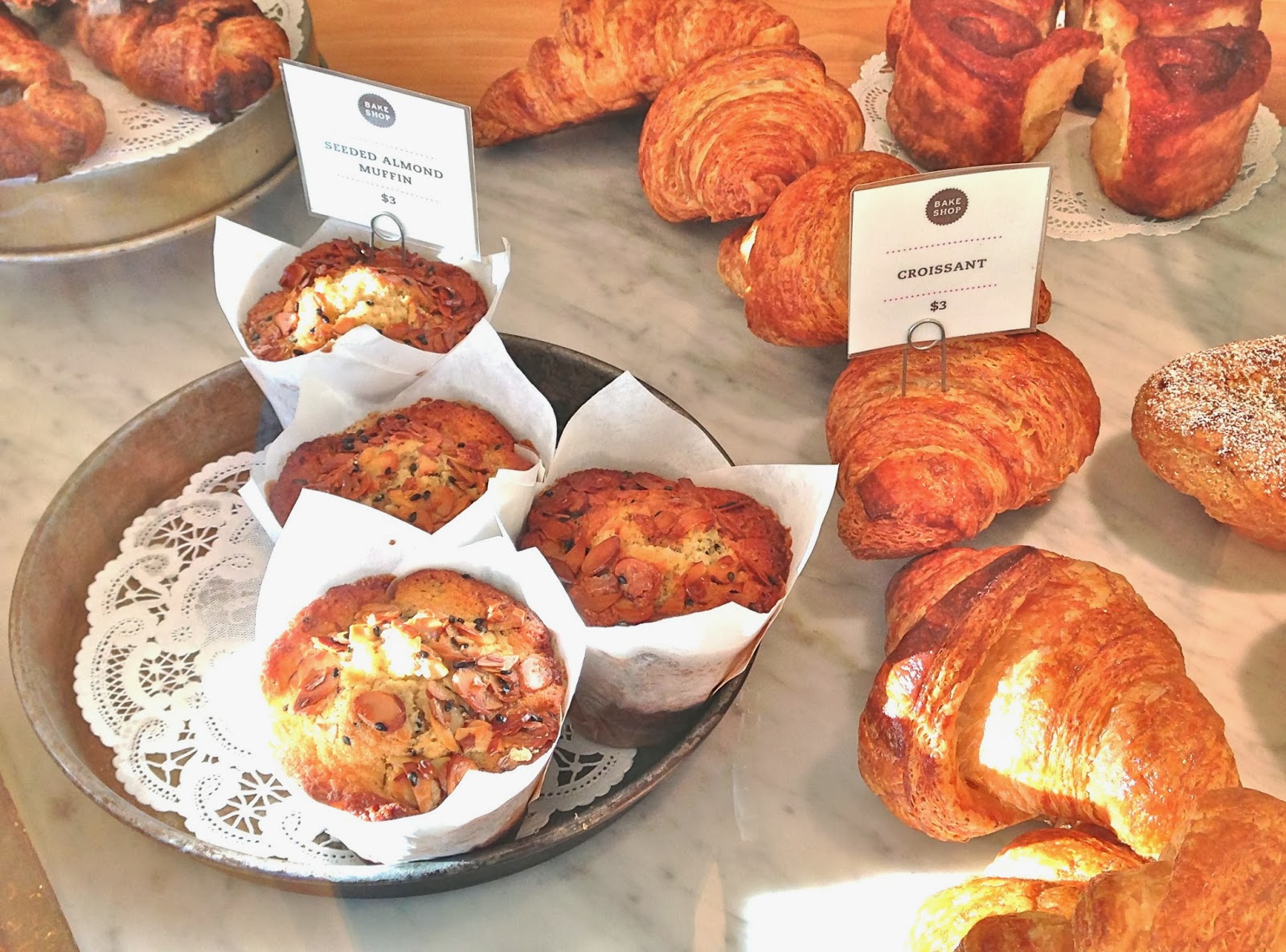 A selection of Bakeshop's pastries

Basically, Kim uses whole-grain flour, which creates texture and a depth of flavors not found in white flour. She also goes easy on the sugar – sweetness is not the dominant thing with her creations, which allows the deeper, richer flavors of the whole-grain flour to come through.

And so my original experience with the Figgy Buckwheat Scone all began to make sense: the rough-hewn but elegant appearance, the not-quite-sweet-meets-not-quite-savory taste. In true Portland style, Bakeshop has clearly struck the perfect balance between rustic and refined.