A U-Cut Kind of Christmas: Buxton OR 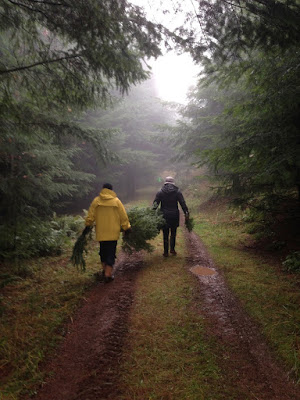 A few days back, I had the good fortune of attending a U-Cut Christmas-tree party on private property somewhere near Buxton, Oregon. The weather was quintessential Pacific Northwest – misty, rainy, foggy and cool: a perfect day to chop down your own Christmas tree and connect with your inner lumberjack.

Reinforced by spiked hot-apple cider, a few of us felt pretty darn rugged as we trudged down the lane that led to the Christmas trees. Clippers in hand, we were ready to harvest some fresh greens and a Doug fir or two. A well-prepared member of our group brought a Sawzall, which easily sliced through the young evergreens. In no time at all, we were elatedly crying out: “TIMBER!" 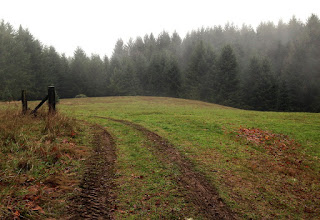 And as we hauled our trees back to the warmth of our cars, we were already missing our time spent in the magical Christmas Tree Forest. 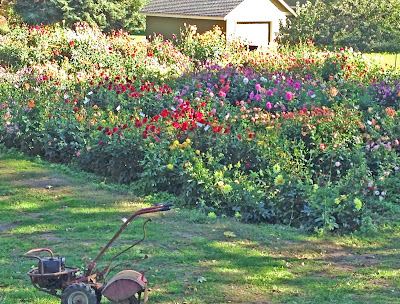 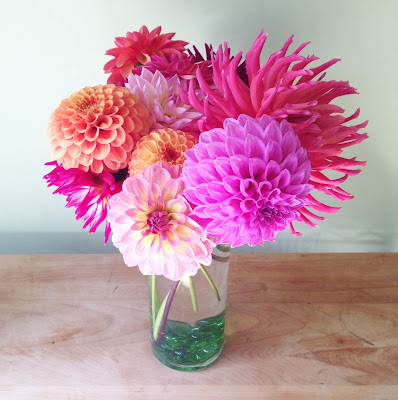 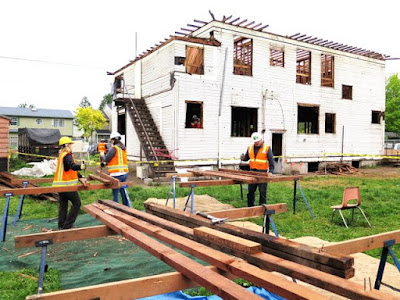 For quite some time, I had been seeking an organization where I could volunteer. My criteria were as follows: it had to be close by, offer flexible times to do the work – and also be fun. My search led me to the ReBuilding Center. Many Portlanders are already familiar with the ReBuilding Center's very popular and cooler-than-cool retail location on N. Mississippi Avenue. The store is chock full of recycled building materials ready for reuse by contractors, architects, and home and business owners looking to incorporate salvaged materials into their projects.

One really big way volunteers contribute is by de-nailing: taking salvaged wood boards and removing the nails with various tools. It’s actually very gratifying – sort of like weeding – but better. First of all, with de-nailing, you can stand upright, as opposed to weeding, where you are forced to hunch over some naughty little plant burrowed into the soil. Further, once the nails are out, they are OUT for good. Nails, unlike weeds, don’t grow back in a week or after the first rain. 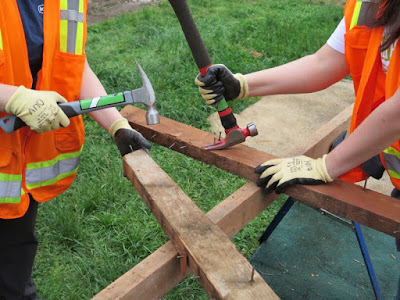 Anyway, for me, the epitome of de-nailing is when it happens on an actual deconstruction site. A typical “decon” scenario includes specially trained ReBuilding Center employees dismantling a structure, and volunteers de-nailing the boards on the spot. The de-nailing process consists of three steps: placing the boards on a sawhorse, prying the nails out with crowbars and hammers, and then neatly stacking the “clean” boards in a pile.

On the surface, deconstruction appears to be a pretty straightforward process, but the ramifications of the work are more complex. When volunteers are able to de-nail boards on site, it means the materials are processed instantly and can return to the ReBuilding Center ready for sale. Just as important, de-nailing on-site greatly facilitates upcycling by saving both time and energy. In fact, it actually takes the upcycling process to the next level, since taking down the building and reclaiming the materials happens in one efficient circle of activity.

Plus, everyone gets to wear a hard hat, and what could be cooler than that?

The Historic Balch Hotel: Dufur OR

I’m a sucker for historic hotels, and often seek them out whenever I take a trip. 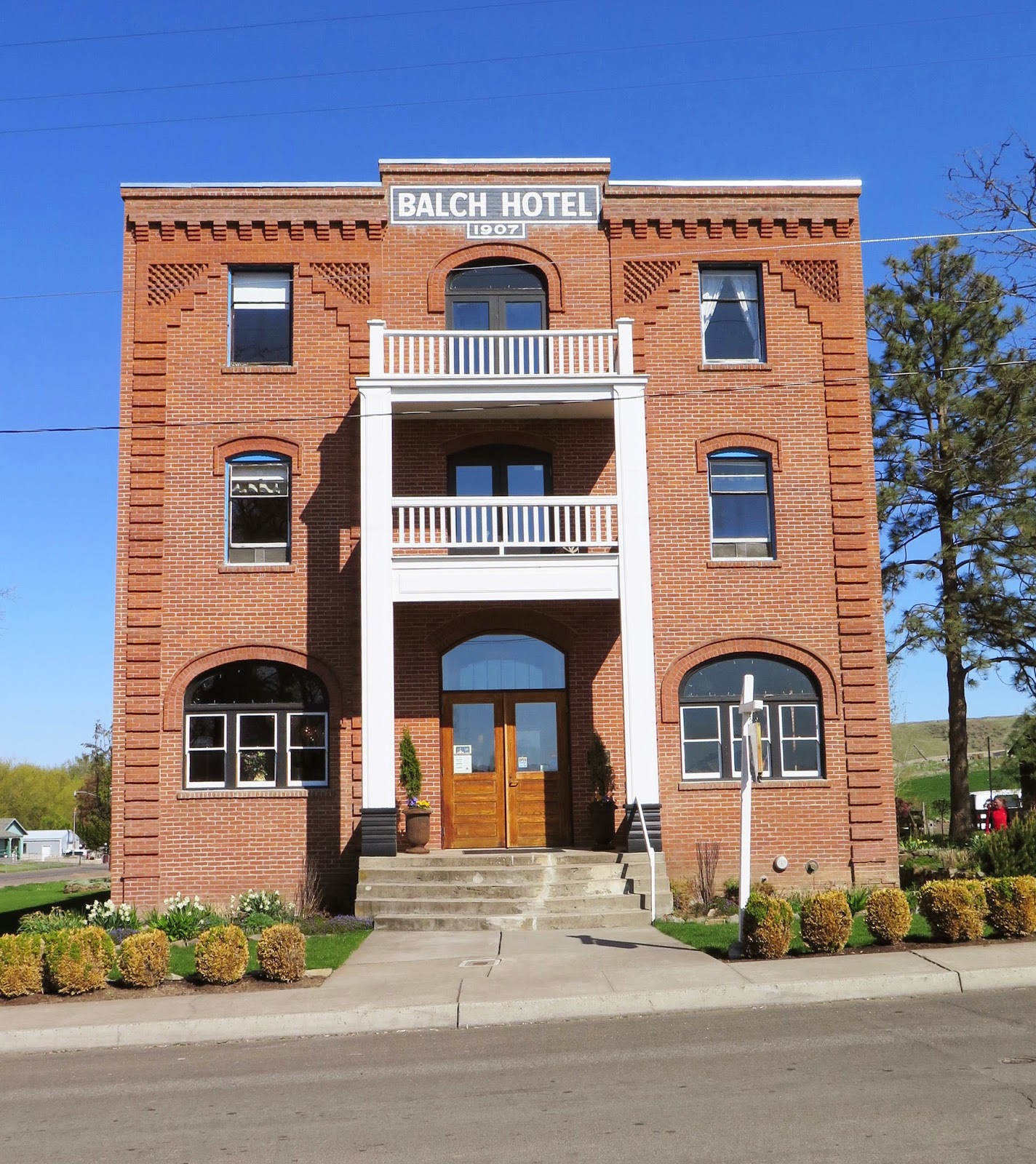 That’s why I jumped at the chance to stay at the Balch Hotel in Dufur, Oregon. Dufur is a farming community roughly 100 miles from Portland and just east of The Dalles. The hotel (c. 1907), which has been elegantly restored and is on the National Register of Historic Places, looms large in this small town.

The Balch (as it's fondly called) takes pride not only in its historic roots, but also in creating an atmosphere where you can unplug. There are no TVs – but there is Wi-Fi for those that suffer from technology separation anxiety. Having said that, soon after arriving, not only did I put my iPhone down – I actually put it away. Yup, that’s right. I just turned off the ringtone and zipped it up in my purse. That way, I knew I could enjoy the sound of cooing doves wafting through my second-floor bedroom window without interruption. 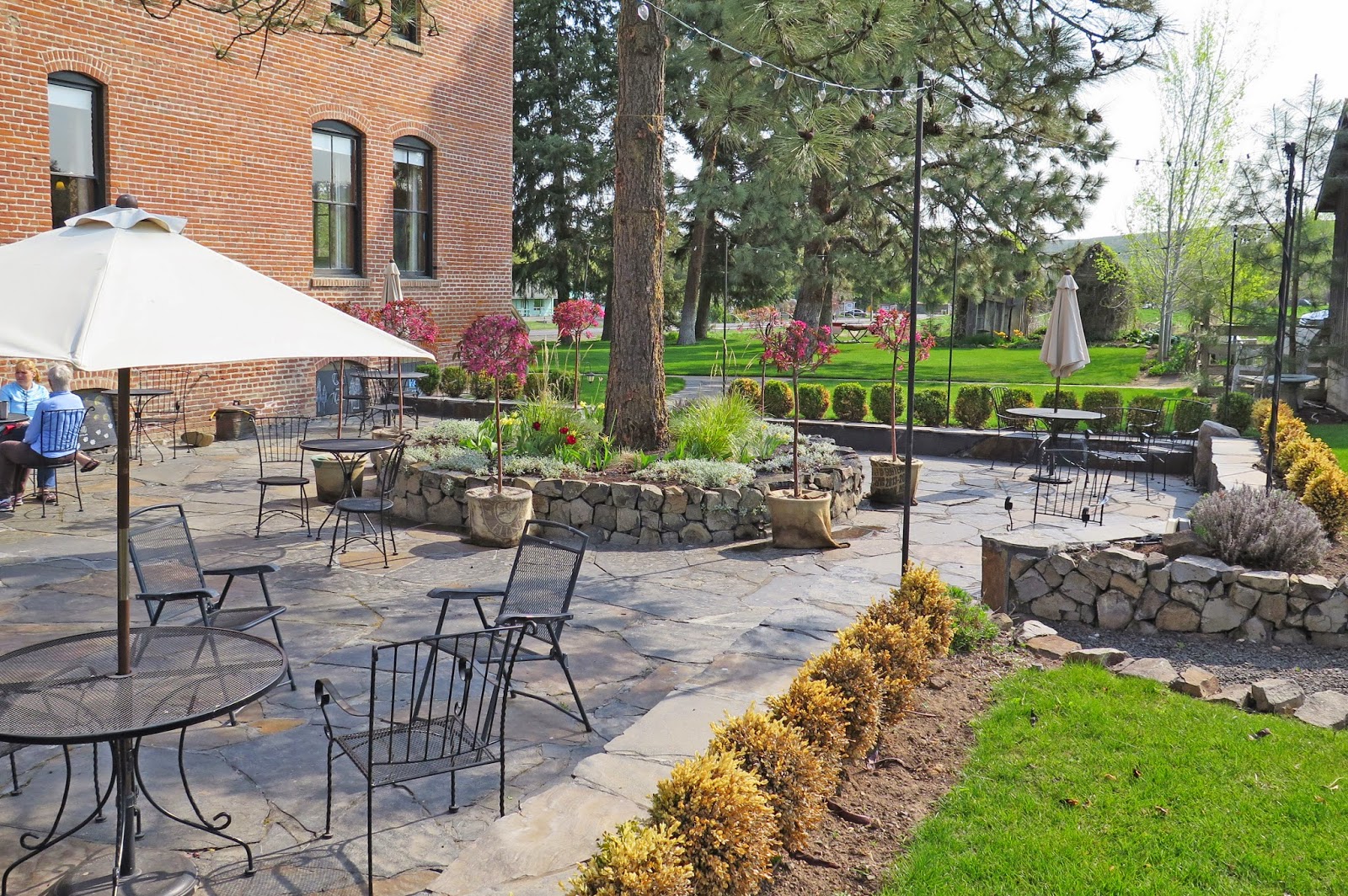 Another great thing about the Balch is that, although it’s more than 100 years old, it does not have that musty, creepy feeling – often passed off as “atmosphere” – that some historic hotels have. The Balch stays true to its historic roots and has a definite period look and feel, but the aura inside is airy and light with just the right amount of furnishings, and not overwhelmed by overstuffed “shabby chic” Victorian furniture.

The grounds are well maintained, and there’s also a lovely, spacious patio. (It’s easy to understand why this is a popular place for weddings.) The weekend I stayed the weather was sunny and warm (not unusual for east of the Cascades), so it was easy to enjoy the outdoor areas. 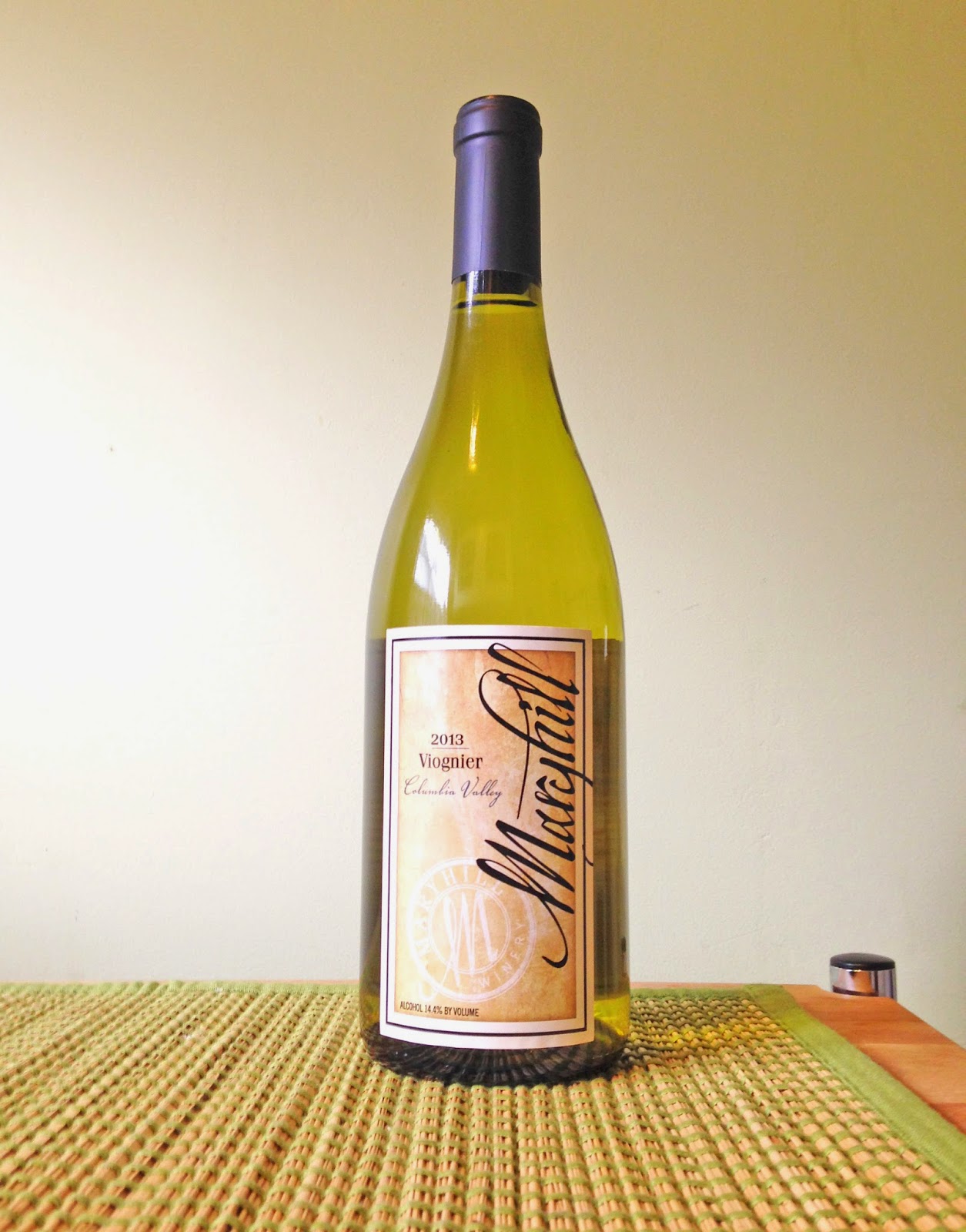 The hotel also hosts many events, one of which I attended: a spring winemakers dinner, which featured a delicious meal prepared by The Lamb’s Table paired with wines from Maryhill Winery, located just across the Columbia River in Washington.

An entertaining, enthusiastic and very knowledgeable marketing person from Maryhill Winery filled us in on the wines as we ate. This might sound invasive, but it was actually fun to learn about each wine in real time while eating the dish it complemented. I bonded with the Viognier, and ended up purchasing a bottle to go.

After the meal, I took an evening stroll around the grounds, gazed at the stars, then retired to my room – reveling in the simple pleasure of not feeling I had to go anywhere or do anything.

In short, the Balch has a beautiful feeling both inside and out; it pretty much has everything one needs to chill, and is well worth a visit.

Posted by Laurie Harquail at 12:39 PM 0 comments
Email ThisBlogThis!Share to TwitterShare to FacebookShare to Pinterest
Labels: Balch Hotel, Dufur OR 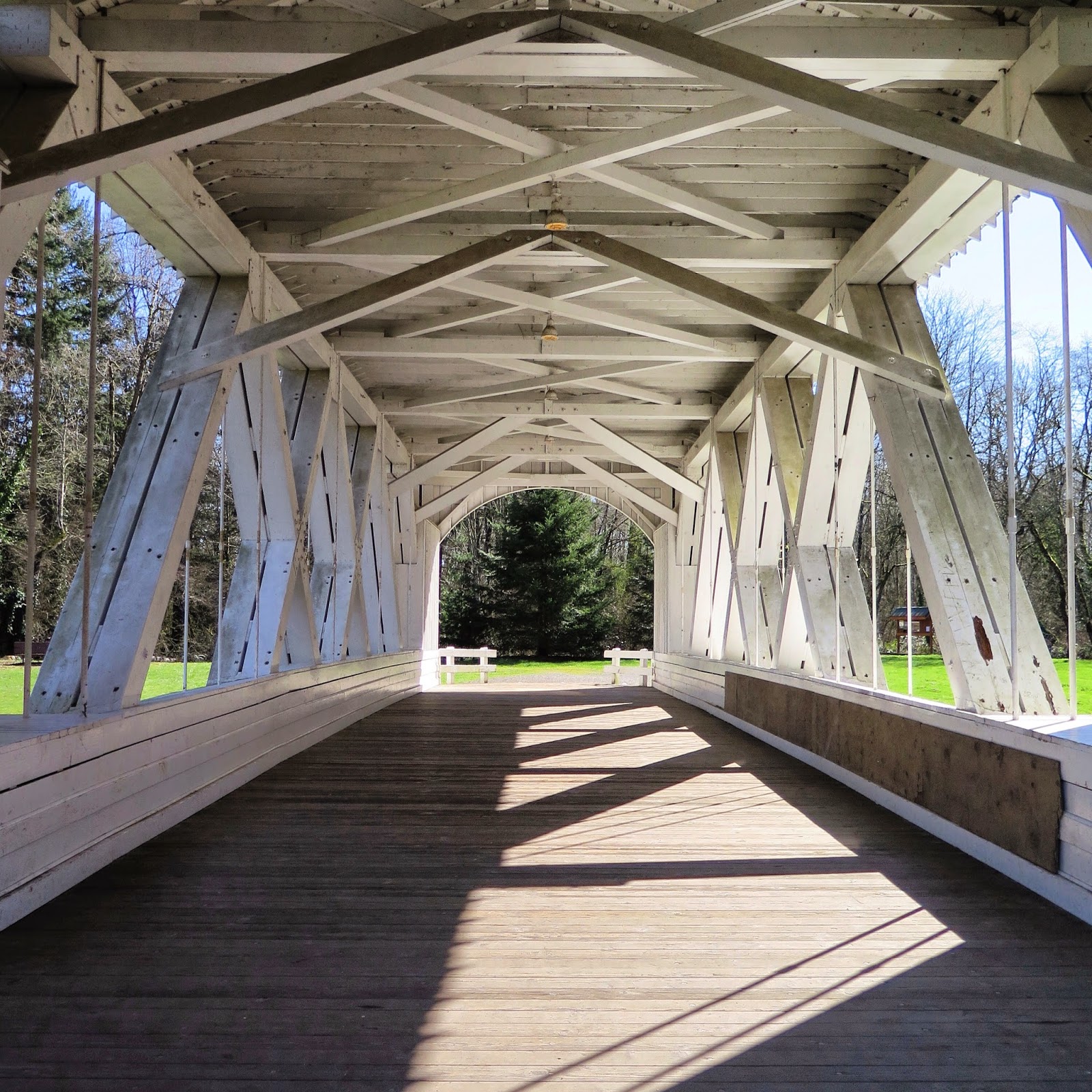 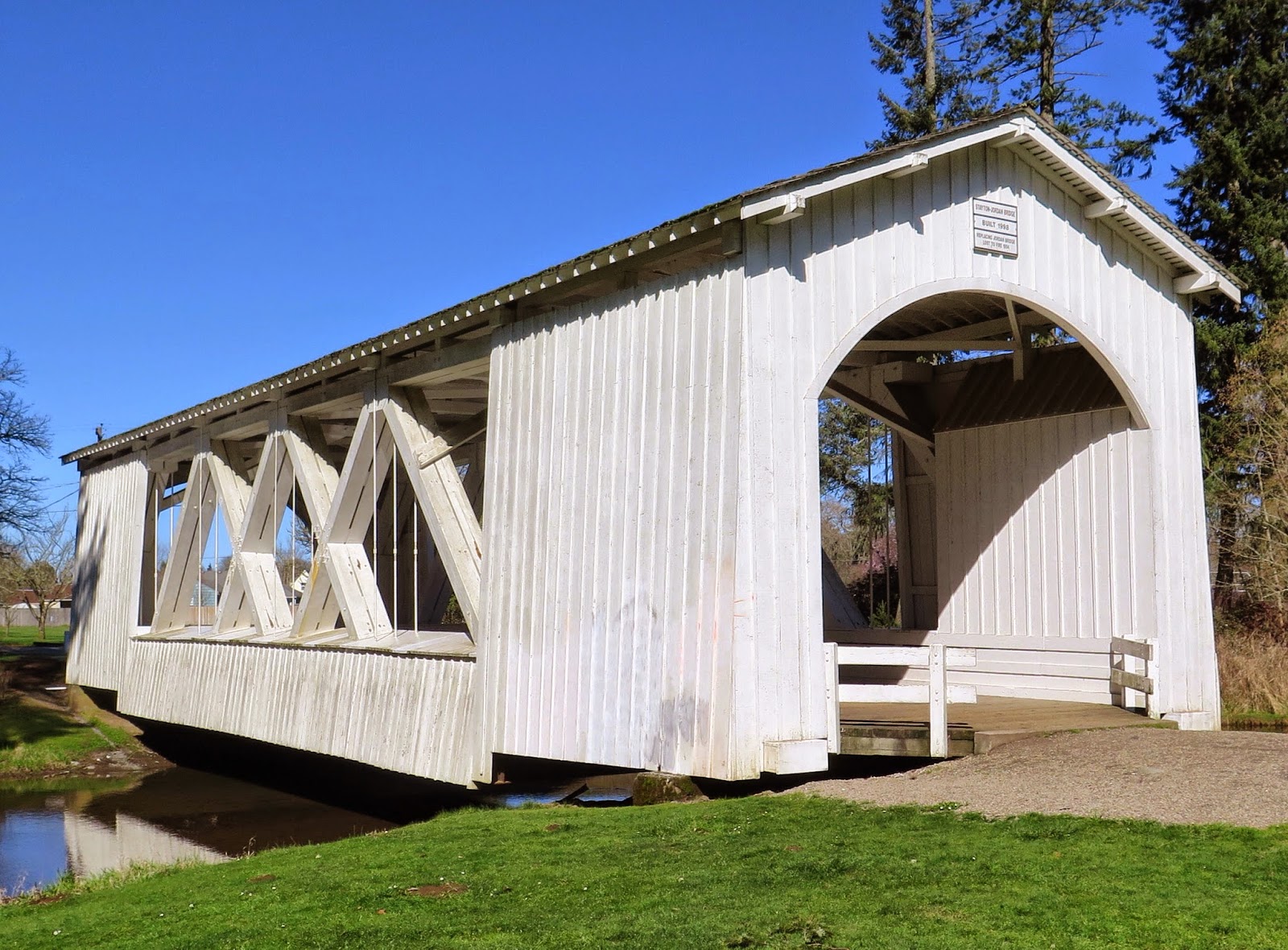